I've just had one of those surprisingly productive evenings. In a few short hours I've recorded backing parts for a 'fusion' tune I've been promising (myself) to write since the birth of this blog. Also, I've recorded the vocal (a triple haiku, how pretentious is that?) to accompany another new song. In a fit of vigor I remixed the second new song and have dumped it to the iPod for later criticism.

This is proving to be an interesting tune. It has a thick, Stick bass part, voice samples converted by granular synthesis into a wash of noise that sounds just a little bit like the original sample. This itself came from my late uncle's answering machine and the brief lyric (which made me cry when I first wrote it) is also inspired by him. Some chords and a little extra melody are missing, but I hope to sort that out soon.
Email Post

On being culturally appropriate and having fun 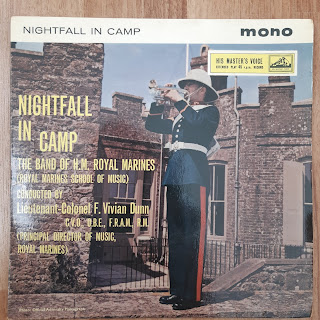